Reproduction is the process that keeps the life going in the biosphere. You talk of any living being, and it is bound to indulge in this biological phenomenon to ensure the continuation of the living on the earth. The birth of the offspring is the indicator of the existence of the species in the world. Whether it is human beings or animals, both have this sexual urge to undergo the process of copulation. They need to engage in it to maintain the balance of the ecosystem. You already know about the various tricks used by the human beings to seduce their partner and make love, but the animals are no less competitive in that aspect. There are weird ways that animals use to mate with their partners.

1. The male clown fish gets a chance to mate twice 2. For Bonobos, sex is their life Bonobos is a type of species in the Chimpanzee category. They literally have coitus anytime of their lives. There is no restriction of reaching the maturity age because they mate even in their childhood. The monkeys are capable of conducting this activity as vigorously as the human beings do. Out of all the animals listed on this list, you can actually witness the chimpanzees getting cozy because for them it is a public act.

3. Having intercourse with bee takes away the life of the drone

You must have heard that there is always a queen bee that leads the troop. The queen when matures confronting all the rivals, gets a chance to be intimate with a drone. It might sound very smutty, but when the wasp shoots its testicles inside the queen’s vagina, then the drone is likely to die due to paralysis. The mating between the two leads to the impregnation of the honey bee, but the drone loses the capability to mate ever again. 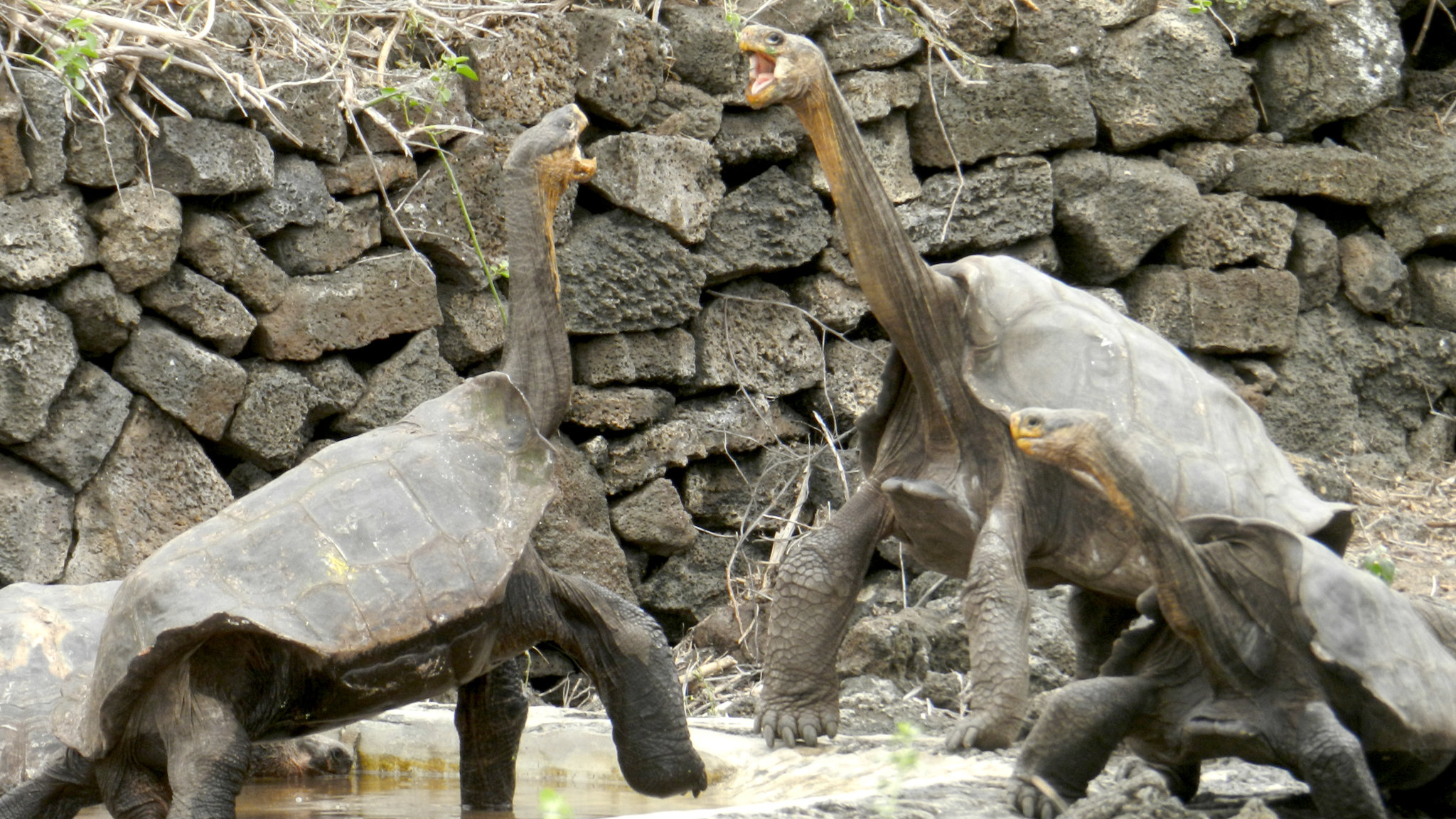 The species of the tortoise called Galapagos have a tough competition to get lucky. To engage in courtship, there is always a challenge to meet, and that is, the taller the tortoise, the higher would be the chance of winning the mating rights. So, it is not just the human beings who care about their looks while impressing women; even the animals are conscious too.

5. The male Mandarin fish is really cunning in the act of copulation

The female population of the Mandarin fish is comparatively less than that of the males. So, there is burning face-off between the males to carry out any such sexual activity. The ones who succeed in enticing the female would get the opportunity to fornicate with her. But what happens to the ones who lose? The losers are so desperate to mate that they use their fishy mind and implant their sperm while a couple is copulating in order to let the eggs be fertilized accidentally. Isn’t it clever of them? It is like if you can’t make the girl agree to your proposal, so you harass her by doing such sperm intervention thing.

Have you heard of any animal which holds a Guinness Book World Record? If not, then here it is. The Male Argentine Lake Ducks have the longest testicle that is about 17 inches long. You would find it funny, that they use their penis as a rope to grab the female ducks for mating. Can you imagine a cat with a baby bump with two babies inside her fetus? If not, then let me tell you that nature has surprises for you. The female cats’ body has the capability to fertilize eggs even when it already pregnant. They can have sex with males and can conceive another kitten.

8. The flatworms get really dirty while impregnating their females 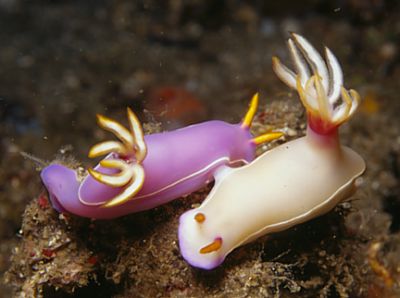 The flatworms go wild while having sex. When they inseminate their partner, they peel off the skin the skin of the female flatworm to do the thing. The flatworms are also hermaphroditic just like the clown fishes and thus, when the male flatworms are done with one partner; they commence their quest to find another for mating.

9. Anglerfish- Their mating merges their bodies

In the human world, we say that “Two souls dwell one body” and this saying actually fits the Anglerfish couple. They live in a parasitic relationship. When the male anglerfish mates with female anglerfish, then he bites her into her skin and then there is a production of an enzyme in their bodies. The enzyme engulfs the male anglerfish into the female’s body, and they get merged. So, the male feeds upon the female and provides her with his sperm whenever it is time.

10. Male hippos seduce the females in a hilarious way 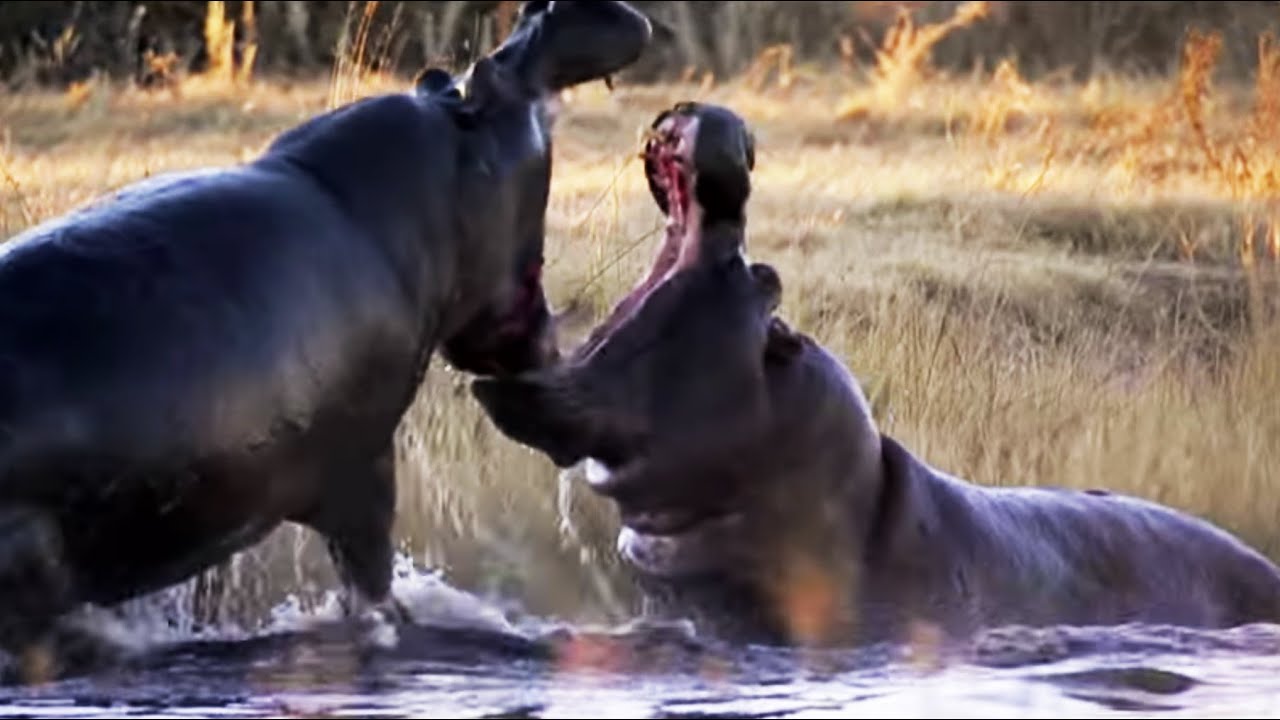 The male hippos are the ace in the act of alluring the females. In human beings, a fart is something considered uncivilized in public. But among the hippos, it is one trick that attracts the female hippo. The male hippos need to be experts in defecation; otherwise, the charm in the hippo would not be seen by the female, and thus, they will not mate. So, the first rule for the hippo love is to poop, then make babies.

Don’t feel shy. All this is natural

How do you feel about the animals now? Will you laugh when you see any of these animals around you just because you remember these strange rituals that they perform? The next time you see two animals getting close to each other, then you must give them privacy because they must be making out for sure. I know that these practices are really gross, but you can’t deny the laws of nature. The animals might not be intellectual beings, but they are definitely intelligent in conducting this activity of making babies. So, you guys enjoy your life and leave the animals with their wild romance.