Nature has the most unbelievable creations of living beings. If you think you have a seen a lot of things in the world, then you must be talking about your home dear because the world has so much to offer the mankind. There are times when your jaws drop because of the view of something uncanny. Here is an article that will take you through the journey of the most unusual and scary looking animals.  You would be baffled to see these unpleasant and strange animals exist on this earth. As the name says, this aquatic animal looks gross. It is 10 X 13 feet long and is the only member of the species called “Mitsukurinidae.” It is a dangerous animal but inhabits in great depth of water, so they mean no harm to the human beings. They are known as living fossils. This marine creature looks beautiful because of its colorful body. The royal blue colored body of this fish makes it fascinating. The other name for this fish is Funny fish and the reason being it is that it spends 80% of its time just for looking for its food. It is found in the average length of 30-75cm and grows up to 1.2m. It is surely one of the most beautiful water animals. 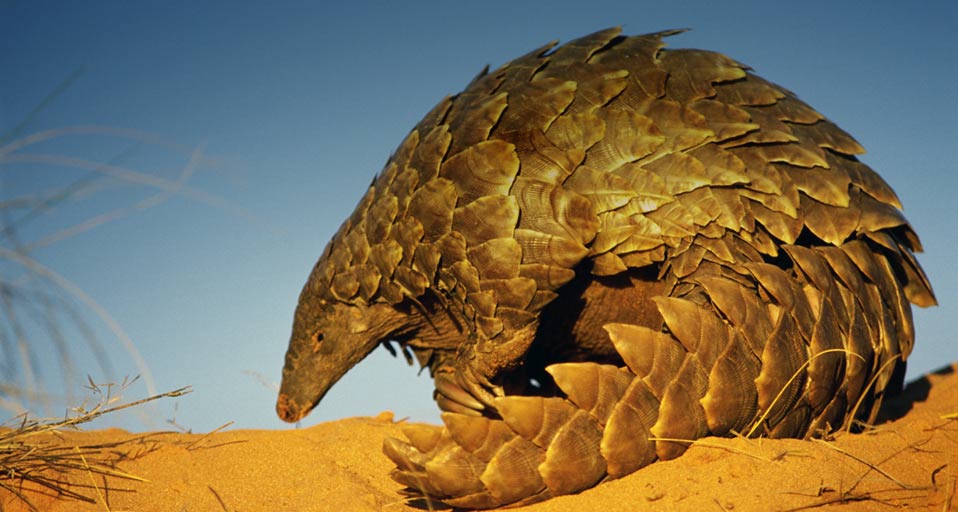 This mammal is endemic to the land of Africa. It is known for its hard scaled body. It is not a quadruped, but it is capable of walking on its hind legs while it’s foraging. When the animals fear the sound of any predators, it curls up its body into a ball and protects itself.

This shrimp has got some powerful moves. Its punch can change the geography of your face. It is not a friendly fish, and it is called sea locusts”, “thumb splitters, and prawn killers. This mantis shrimp is not a cute little to be kept in an aquarium because they can easily break the glass.

This frogfish can camouflage itself by changing the body color. It stretches up to 9 inches in length and has a significant feature of worm-like lure that can automatically attract its prey. So, it is like the predator is offered its meal on its own. What is interesting about the fish is that its dorsal spine is used as a fishing rod. 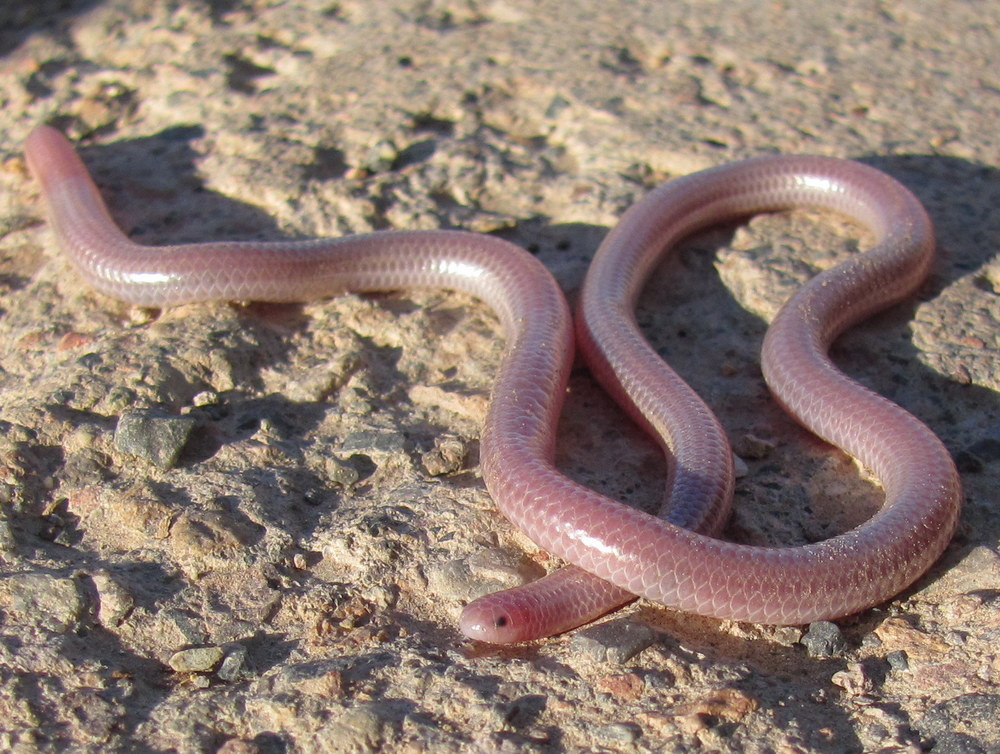 The picture of the snake might scare you, but unlike other snakes, this snake will surely not bite you. The reason is simple; it is blind! The taxonomical name of this snake is Atretochoana Eiselti, and it is found in the Amazon basin. It is definitely true that the most unexpected happenings take place in Amazon, and this is one of such happenings. The creature has not captured the attention of the scientists and hence, it is not clear what kind of animal it is. It is presumed as a marine animal as of now. 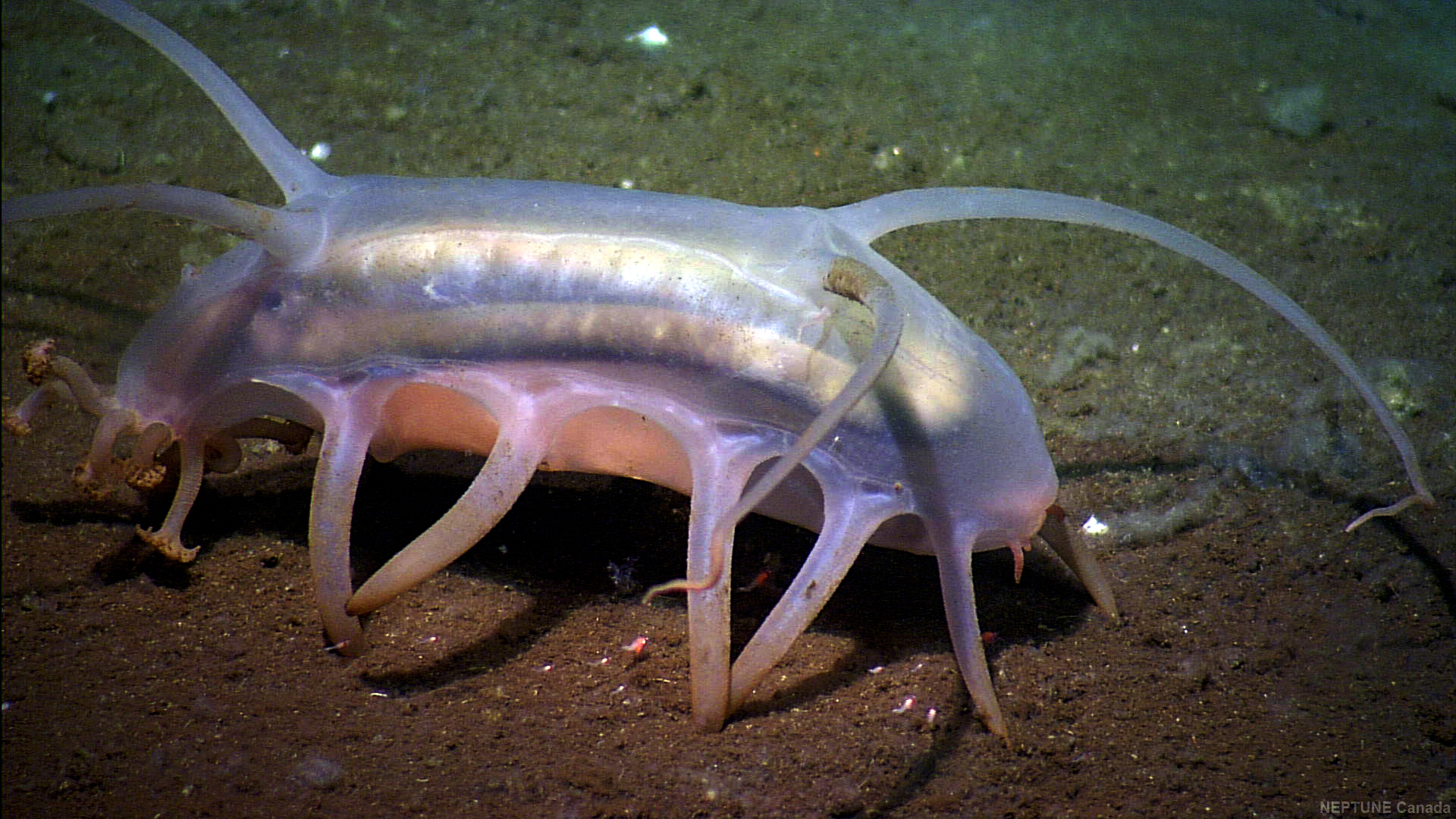 These sea pigs reside on the seabed over a depth of 0.965 Kilometers. These sea animals have the capability to extract their food from the organic particles found in the sea mud. This creature adds up to the list of the strange aquatic animals.

Found in the East Africa from Sudan to Zambia, these birds are famous for their shoe-shaped bill. They are popularly known as the Shoe-billed Stork or Whalehead. Their size varies from 110cm – 152cm. They have beautiful blue colored feathers that distinguish them from the other birds.

These tiny ants are found in Chile. The cutter they look the harder they prick. Their sting is really bad, so you need to maintain a good distance from them. They come under the category of the wasps and have hair in their body with no wings.

It is another eye-pleasing creature. It resembles a cicada. The Spinosa feeds upon the sap of the trees and uses their beak to extract it. The scientists are astonished to see this exceptional creature. You must be relaxed to see at least one not so weird animal in this list.

In the list, you must have noticed that there are mostly aquatic. The life under water is so vast that it is difficult to discover the living. This list is just a glimpse of this world of the strange; there are many other terrestrial, marine, reptiles and amphibians that you may not have heard of. This biosphere is large enough to encounter such weird things. The facial structures of human can match, but the diversity found in the flora and fauna will not be restricted by anything.

I'm a blogger by passion & developer by profession. I blog @
TechAriz.com